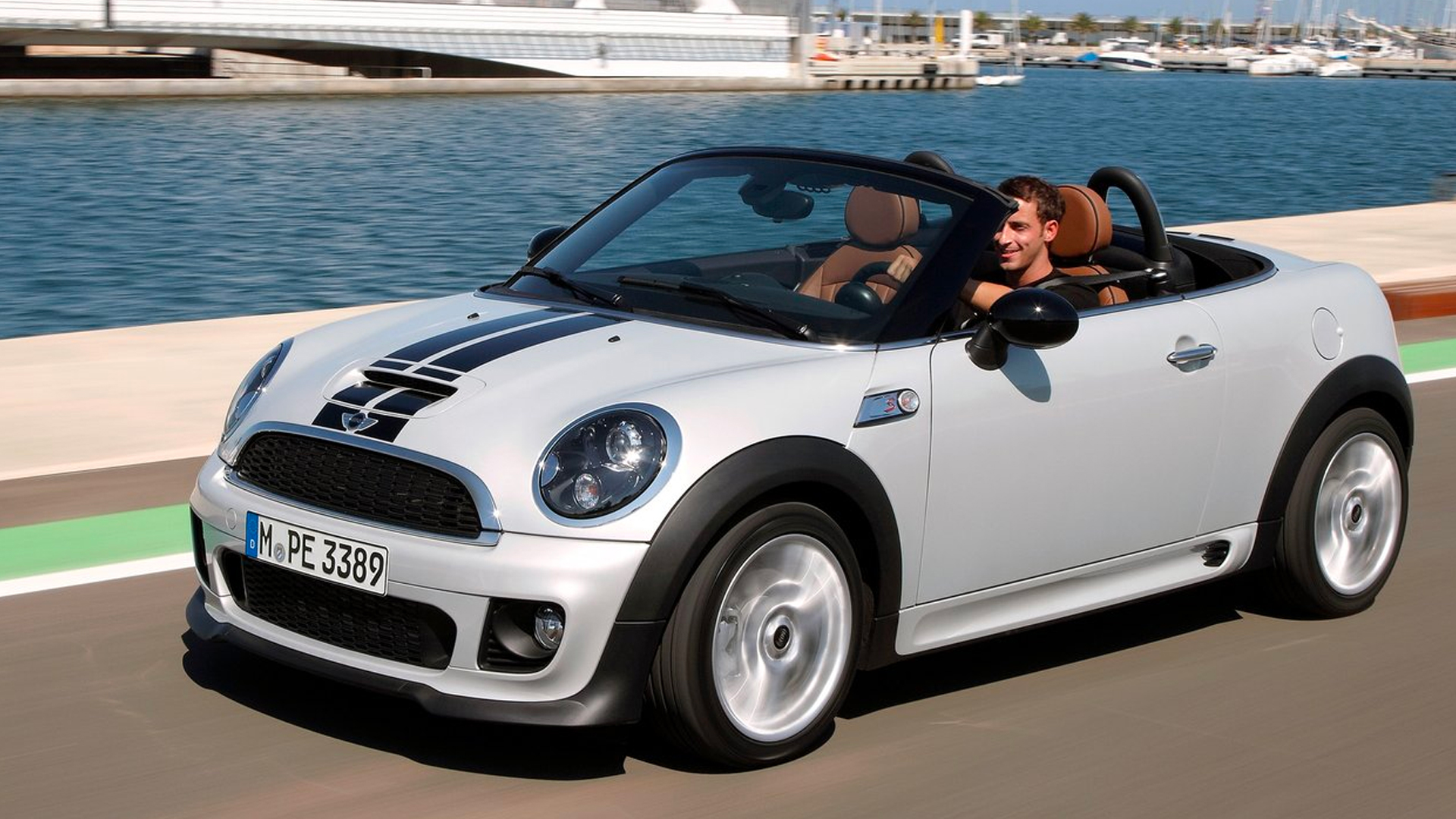 This convertible version of the Mini Coupe went on sale in 2012, although they were both presented at the Frankfurt Motor Show in 2009. The Mini Roadster was sold with gasoline engines, although in some markets (such as Europe), 2-liter diesel variants were also offered.

Depending on the market, the Roadster’s soft top could be controlled manually or automatically. The electronic hood version operated by means of a lever located on the rearview mirror. Unlike the Mini Cabrio R57, this model keeps the hood just behind the driver, and is flat, while in the other model, it is collected above the trunk, leaving part visible. The hood of this Mini could not be customized, being the black color the only possible option.

Down below you will see a list with all Mini Roadster models that have been produced. They are classified by model identifier, year and type of bodywork. Above each list, we show you a series of pictures so that you can have a visual reference for each model. In some cases, both the original and its updated design are displayed to help you identify them with ease.

In this guide you will find all Mini Roadster.