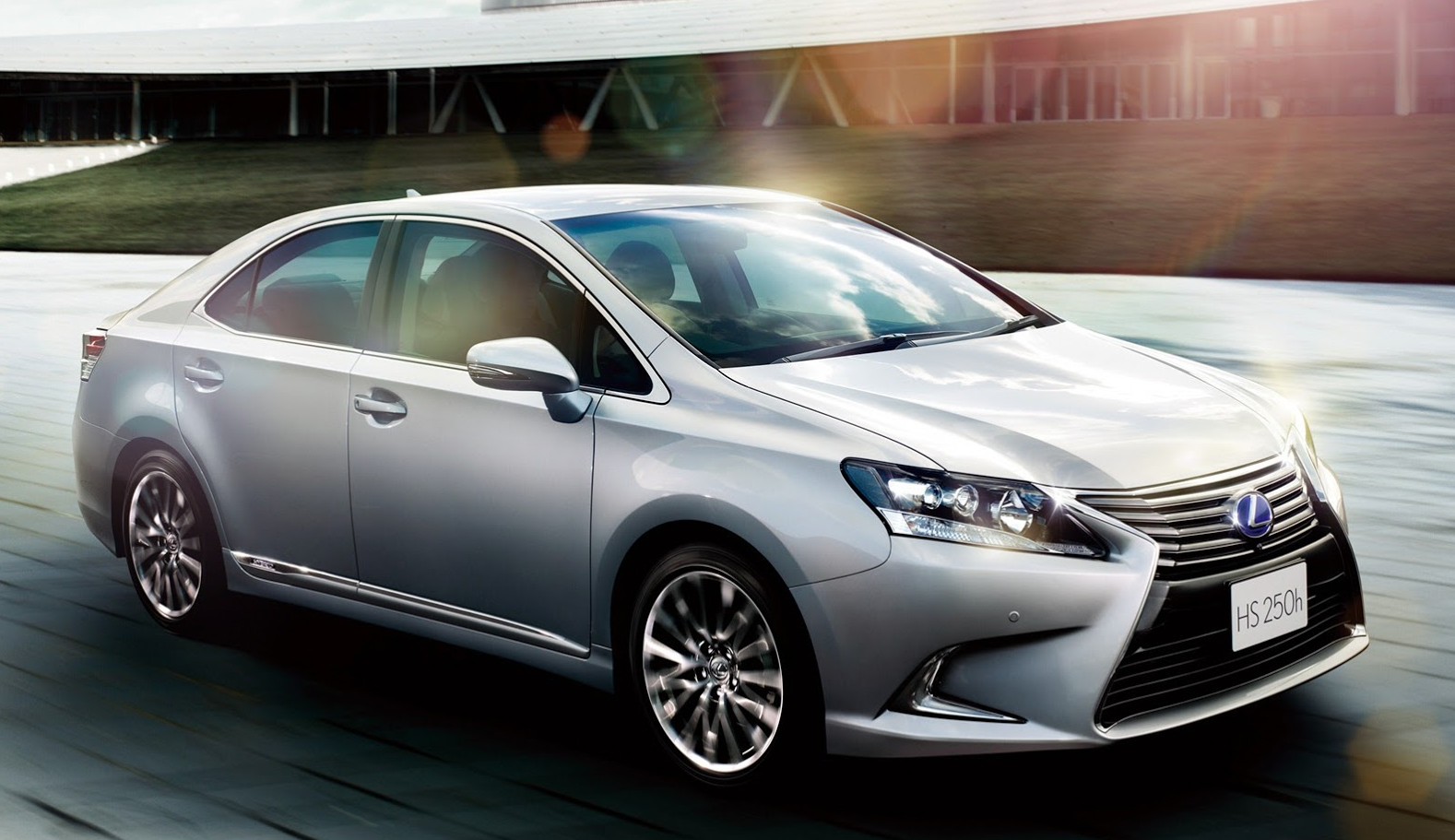 The Lexus HS is a hybrid vehicle, specifically a compact executive car sedan (D segment in Europe) produced by Lexus, the premium brand by the Japanese manufacturer Toyota. It was first introduced at the North American International Auto Show in 2009 and was comercially available in 2010. It is the first Lexus vehicle released exclusively as a hybrid car. It was successful at first in Japan, where it had record breaking presale bookings.

Lexus HS has a single generation, although it was redesign in 2003. It was produced on the Toyota New MC Platform, where compact and mid-size cars by Toyota Motor Company are created. Some other automobiles created on this platform are the Toyota Avensis, Toyota Corolla, Toyota Auris and the Lexus CT.

The Lexus HS is a four-door sedan with a front engine and a front-wheel drive. This vehicle is roomier than the Lexus CT, although it doens’t beat it in lenght. That is why it can both be detailed as compact or mid-size, depending on the point of view.

Lexus HS had one engine. It was sold exclusively as Lexus HS 250h. It was equiped with a 2.4L inline-four cilinders, naturally aspirated engine. Apart from the Atkinson cycle and CVT powertrain, it had an electric engine which aided the main motor engine. The driver could choose the EV (totally electric mode), Eco (fuel saving mode), Normal, or Power mode (combines both motors).

Down below you will see a list with all Lexus HS models which have been produced so far. They are classified by model identifier, year and type of bodywork. Above each list, we show you a series of pictures so that you can have a visual reference for each model. In some cases, both the original and its updated design are displayed to help you identify them with ease.

In this guide you will find all Lexus HS.

There are no diesel motors in Lexus HS Gen 1.